Back to catalog
Lot 74 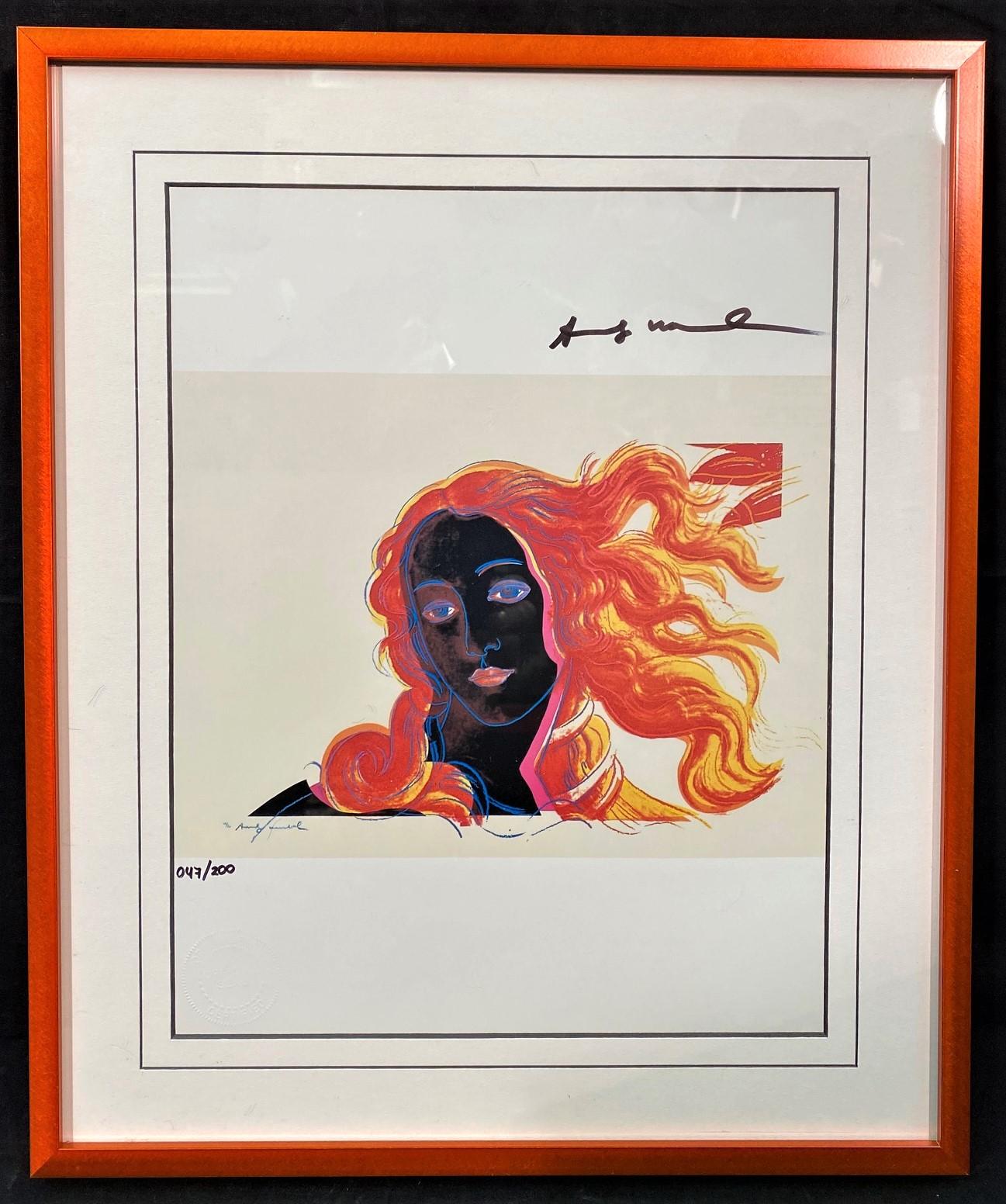 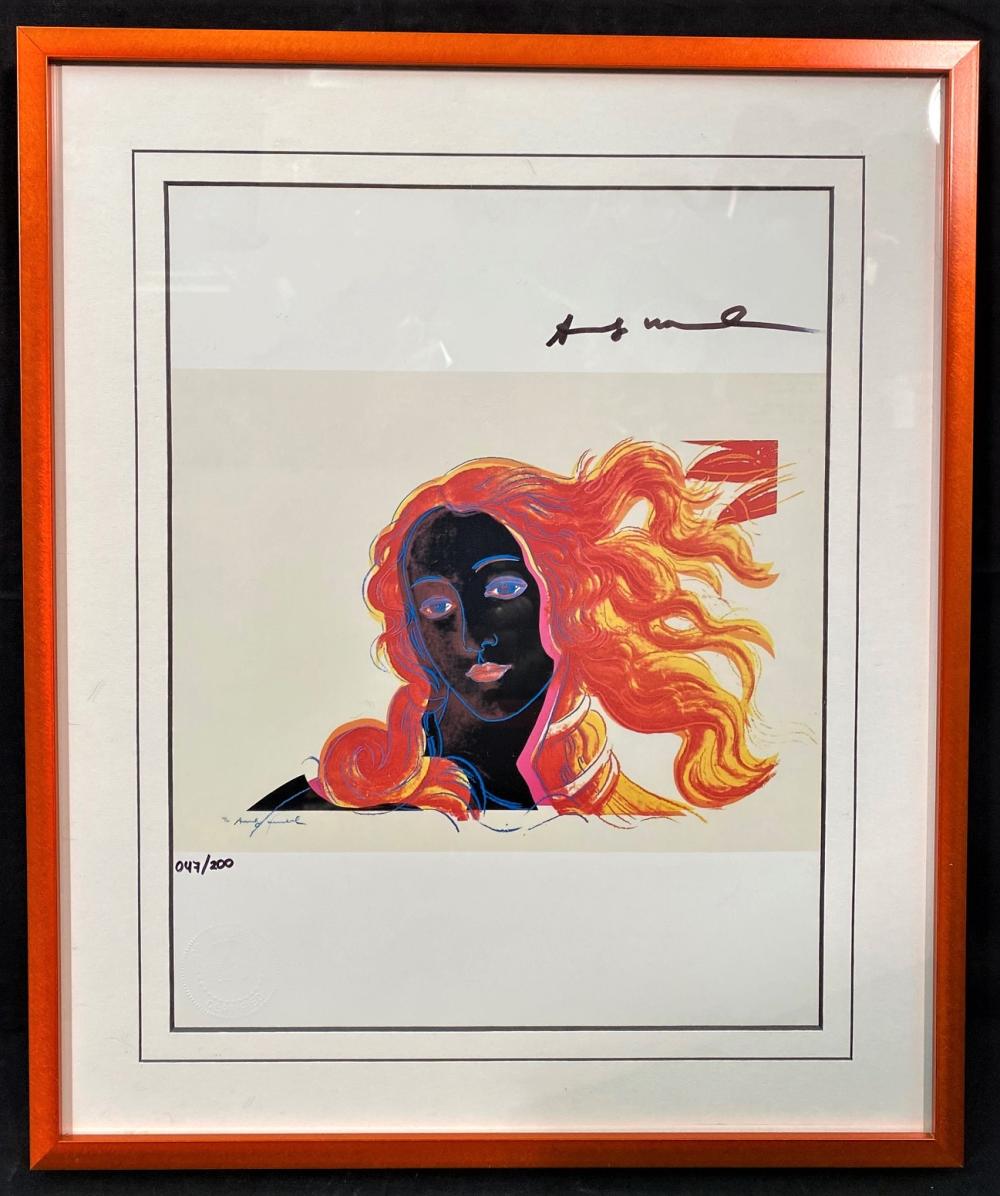 Hand signed, limited edition giclee titled Birth of Venus 318 by celebrated American artist Andy Warhol (1928-1987) It is hand numbered 062/200 and it came from an art gallery auction. It measures 14 inches x 17 inches and has an official stamp in the top left corner. It is double matted, framed under glass and it comes with a COA and was made in 1984.